It happened to me too…. I told myself that either it never happened or that it was love. A stolen kiss, an accidental fondle, a flash in a stopped car, a connection that took me by surprise.

Each time one of these events occurred I accepted it as normal. I never looked at it as abuse or harassment. But as transgressions are coming to light and women are opening up I am moved to comment. I don’t feel ready to bare all but it has stirred up old wounds.

Recently I read the Margaret Atwood classic, A Handmaids Tale. The book describes a world where due to cataclysm women that can breed are given as slaves to women who are infertile in order to mate with their husbands and produce a child. Although the book is fierce and confronting and these women are mating against their will it also looks at the power these women have in this society. In one scene the handmaids are allowed to attack a known sex offender. Their combined rage is palpable and although beating the man to a pulp is horrific, in light of how women have been persecuted, blamed, shamed, raped and treated like second-class citizens, one can’t help but feel the violence is justified.

As women start to come forward and the world responds, can any of us say we haven’t hurt used, exploited or treated someone in a way that was abusive either consciously or unconsciously and overstepped the mark? 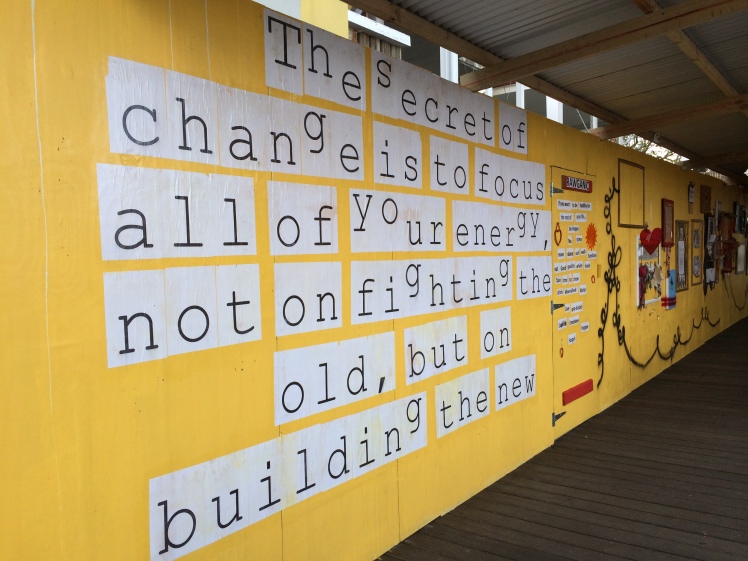 Just recently I did something quite innocently which turned into a huge painful moment for a friend. Until she reacted I had no idea what I had done wrong. In fact, I thought I was being kind and thoughtful.

That terrible flash when I realized the harm I’d caused stayed with me for weeks. I could only hope she would forgive and forget. Which thankfully she did. But for a split second I imagined myself in an Atwood book, a lynching mob headed my way.

Even when our behavior is at its absolute worst, surely there is room for redemption, rehabilitation, and forgiveness.

Watching what’s happening in the yoga world has me worried. We’ve sat through quite a few scandals and it’s only getting worse. Is there any yoga teacher out there who hasn’t transgressed?

Obviously, the focus is on yoga teachers who have used their wisdom and power to coerce women to share their bed, or to adjust inappropriately or worse! As we start to separate the wheat from the chaff should we condemn them and deny anything we’ve learned from their teachings?

Transgression in the yoga fraternity is like standing on a knife’s edge…it hurts to stay there and it hurts to fall. Besides flushing out the tiger we need to tame the beast. Encouraging those who are the perpetrators to seek counseling and restitution.

When people we look up to in the yoga world go into denial refusing to face claims of sexual harassment it creates more bitterness. Simply owning up, apologizing and taking time to reflect are good beginnings but no solution. Sometimes reformation just turns into another smokescreen. Like a reformed smoker, preaching purity and piety one wonders if anything has really changed.

Personally, I don’t have any answers…in fact, this whole schlimazel has raised way more questions that I think any of us have answers for.

As a yoga community and as a society we need to brainstorm and come together to help people who abuse their power. We have brilliant minds we can travel to planets, expand our technological world, work towards healing disease… let’s work equally as hard to heal the victims as well as the perpetrators.

2 thoughts on “It happened to me too…”