I’ll never forget the day my friend signed me up to Facebook. It was 2007.  She assured me this would be fun and a way for us to stay connected when she left. Little did I know or did any of us what would happen. I think you know exactly what I mean. Fun isn’t so fun anymore. Being social has become a necessity, an addiction, something we love to hate. It’s taken our offline reality and made it an online spectacle. And if we decide to go on a social media break we feel somehow obliged to make an announcement first, just to make sure nobody thinks we’re AWOL or worse, dead.

I’m an introvert. No one would believe it but it’s true. As a kid I was happiest by myself holed up in a tree. I can remember thinking that if I could just live there forever I’d be happy. Growing up in a small city which was basically cold for most of the year and having very busy parents who traveled overseas for work, meant I had to learn to entertain myself. I liked making up stories, building complex forts out of sheets and reading books. I also enjoyed playing with my next door neighbors and school friends. But I wasn’t desperate to be social.

So am I being a bit dramatic? I can definitely see the benefits to being virtually connected to thousands of people. I love reconnecting with friends from childhood, feeling supported during a health crisis, being celebrated on my birthday and generally finding out about stuff outside the propaganda of mainstream media. And don’t get me wrong leveraging social media to back a project or vet an idea is awesome. But I am starting to see the fallout in my own life and in the lives of others.  And I catch myself thinking… If I don’t capture that moment and share it with my followers on Instagram or Facebook, will it still be meaningful? 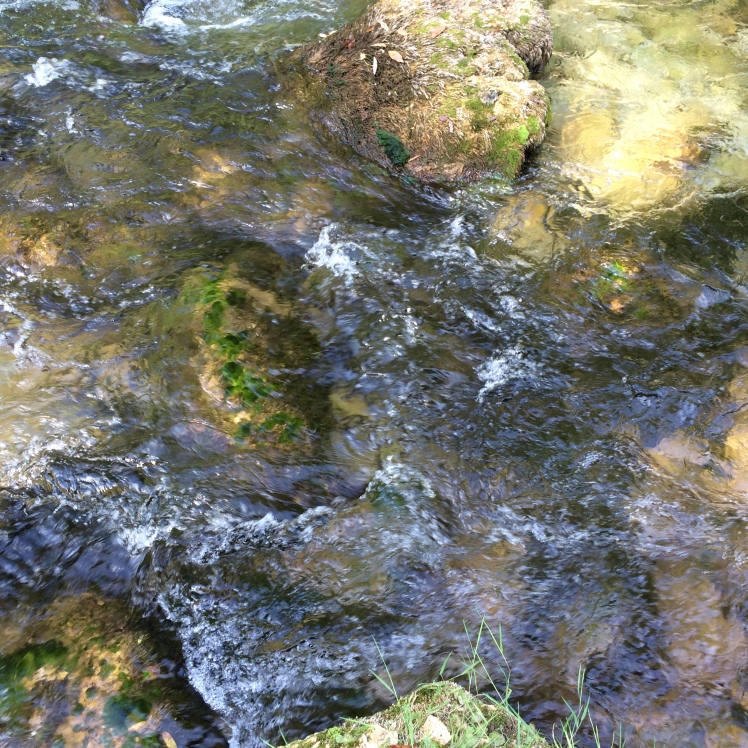 On our most recent holiday in the South of France (something I did share heavily across all social media platforms by the way) I’ve been experimenting with a new kind of Instagram. The one where I just take the picture in my head; the breathtaking view, the diving of swallows, the glide of an eagle, the splash of wild flowers, the way the buildings almost lean towards each other in a hillside village, the feeling of cold river water against skin. It’s working. I’m more relaxed and feeling inspired again.

The latest research suggests that when we photograph a moment we lose the moment from our memory. Imagine forgetting something just because you took a picture of it. Sounds insane right? But how many of us think, that would be an awesome shot for Instagram, let me take a picture, and then forget all about it.

For me it’s like losing my footing. When I stop to capture the moment in memory it anchors me, reminds me of something true and real. A photo is one step removed. I’m composing a moment rather than letting it wash over me.  Would I rather manufacture something for someone else to virtually ‘like’ it or do I want it to be mine, forever.

Every experience is a touch stone, a reminder of the absolute totality that is infinite and boundless. We aren’t just experiencing reality; every living being is inseparably part of reality. Try and separate a leaf from creation. A leafs composition is made up of the elements that make up the whole universe. When you get your head around that it’s a total blow out.  I dare you to and capture just one moment happening in a millisecond of this vast reality. It’s impossible. There’s too much going on.

And get this ‘you are the moment’ no need to capture a thing.